The International Network of Late Starter Orchestras (https://lsonet.com/) is pleased to announce an International event on 21st November 2020

Connect with other Late Starters from around the world for a celebratory afternoon of playing together - experience the joy of shared music making! 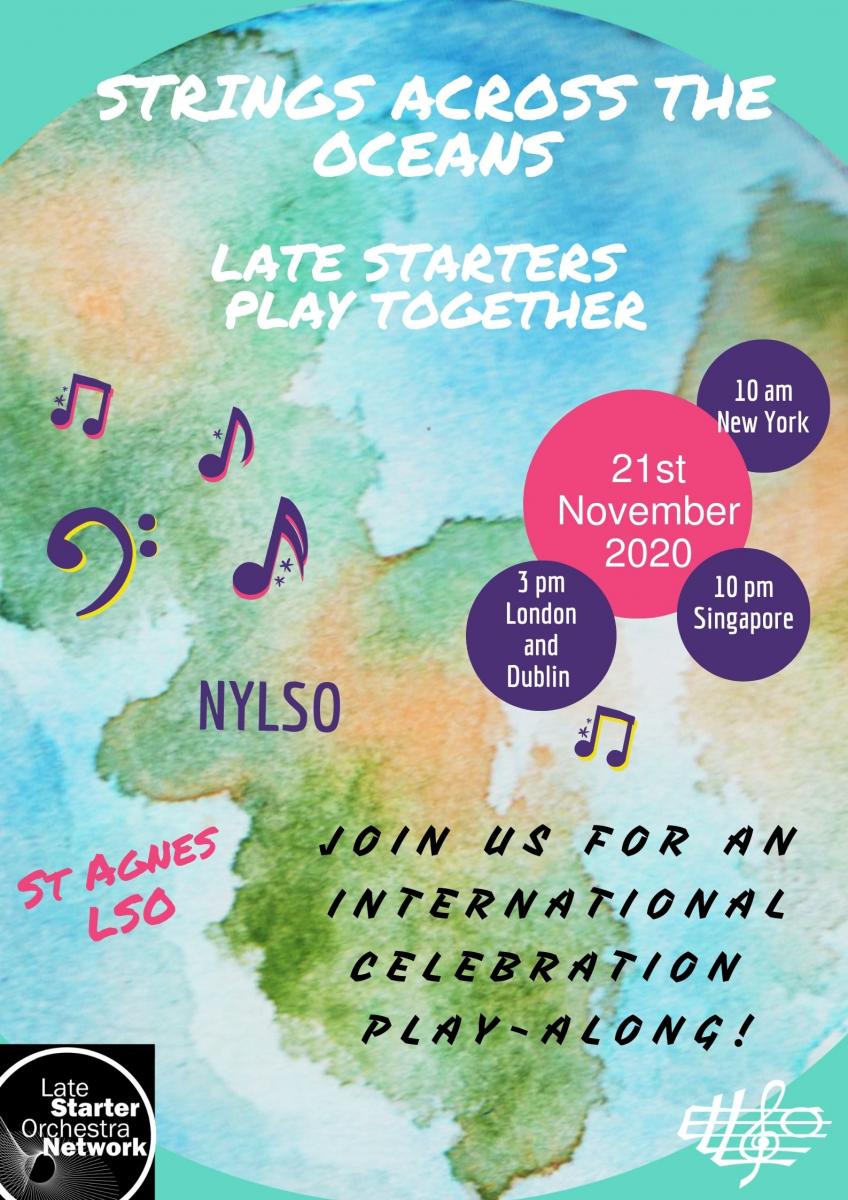 There will be seven pieces in the programme, focussed around Beethoven's 250th anniversary. All are arrangements for String Orchestra, chosen so that new players can join at least in some of them.

These will be sent to you by email, shortly after you register to take part - they should only take a few days to arrive. However, all the music has been purchased from Lucks Music, and their website provides a demo score for each piece, so if you wish you could take a look at the music before deciding to register.

We will meet via Zoom, courtesy of St Agnes Late Starters Orchestra, Dublin. The link will be sent a few days before the event  to those who have registered to take part. We will all follow the live conductor while we play along to the pre-recorded audio tracks. Of course you are also welcome simply to Zoom in, play in one or two pieces and just watch the rest. As you will be playing muted, no one needs to be worried!

During the event there will be opportunities for everyone to chat to players from the other countries in  breakout rooms.

A set of open string parts has been prepared for the Beethoven Symphony 5 Finale so that Stage 1's can join in with confidence.

On Wednesday 18th November St Agnes Late Starters Orchestra will be rehearsing the programme at 7:30 pm London time. The ZOOM link for this will be sent to those registered so that they can join that rehearsal if they wish to and can manage the time differences.

See you on the 21st November!